How-to measure it accurately. Find out how to measure thread size properly with this guide from PlumbingSupply.com.

If you would like to be added to our Industry Links List, please contact us. We provide reciprocal links to respected industry related websites, all we ask in return that you provide a reciprocal link provided below:

American Society of Plumbing Engineers (ASPE)
Illinois, United States of America ASPE is the international organization for professionals skilled in the design, specification and inspection of plumbing systems.
http://www.aspe.org/

American Water Works Association (AWWA)
Washington, United States of America The AWWA is dedicated to the promotion of public health and welfare in the provision of drinking water of unquestionable quality and sufficient quantity.
http://www.awwa.org/

See How Much You Can Save Using Thred Taper, The World’s Only Automatic PTFE Taping Machine 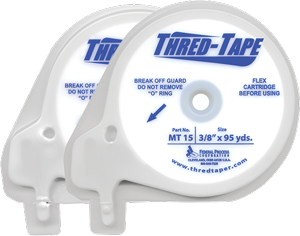